Mark Lanegan has passed away

Talk about the formidable Screaming Trees, the first band I ever saw live (opening for Soul Asylum and Spin Doctors in the early 90s).

Mark Lanegan has passed away

From his social media pages:

Our beloved friend Mark Lanegan passed away this morning at his home in Killarney, Ireland. A beloved singer, songwriter, author and musician he was 57 and is survived by his wife Shelley.
No other information is available at this time. The family asks everyone to respect their privacy at this time.

This has killed my day. I loved this man's music as he was one of my all time favorites. Rest in peace Mark Lanegan.

It's like the universe is destined to kill them all off too young.
R.I.P Mark
Life isn't nearly as sacred as the appreciation of passion
Lesser Known Grunge
Good Newer Grunge
Underground Older Grunge
Grunge Blog
My Soundcloud
Post abortive? Go to https://passboards.org/ for support

R.I.P, I've never known somebody meld rock, psychedelic and metal in the way quite like he did, and gave it a unique Seattle-ish twist. I can hardly imagine the pain that is being felt by so many right now.

The last thing he did musically it seems was a colab with the Manics, one of my favourite bands, which seemed to go down very well indeed, so I am happy he went out on a high.

If one positive thing comes out of this terrible loss to music, its that more people will go and discover his greatness.
Among competing hypotheses, the one with the fewest assumptions should be selected.
- William of Occcam
Top

I can't even process this. He was so lovely to Jamie when I took her to her first concert all those years ago. I can't even begin to think I will never ever see him live again. He was one of the greatest vocalists. He sang with such ease and such feeling and my heart sang with him.

Came here for the first time in a long time to post this. RIP. What a voice and a songwriter at that, I dedicate my drinks to Mark tonight.
Easy come, easy go
Easy left me a long time ago..
Top

The Seattle Times wrote about it too: Mark Lanegan, grunge pioneer and Screaming Trees frontman, dies at 57

The news was shared on the acclaimed alt-rocker’s verified social media accounts.

“Our beloved friend Mark Lanegan passed away this morning at his home in Killarney, Ireland,” according to the statement posted Tuesday on Lanegan’s Twitter account. “A beloved singer, songwriter, author and musician he was 57 and is survived by his wife Shelley. No other information is available at this time. We ask Please respect the family privacy.”

Lanegan co-founded the Screaming Trees in 1985 and the Ellensburg-formed band became a pioneering force in Seattle’s burgeoning grunge movement. Lanegan released his first solo album in 1990, the Sub Pop-issued “The Winding Sheet,” which featured backing vocals from a young Kurt Cobain on “Down in the Dark” and Lead Belly’s “Where Did You Sleep Last Night,” which Nirvana famously covered years later. The album began Lanegan’s pivot away from some of the hallmarks of the Seattle rock sound he helped shape, as the constantly evolving artist built a distinct catalog marked by a creative restlessness.

After Screaming Trees disbanded in 2000, Lanegan continued his acclaimed solo career and pursued other collaborative projects, joining Queens of the Stone Age for several years during the early 2000s. Lanegan formed The Gutter Twins with fellow alt-rock luminary Greg Dulli of Afghan Whigs, releasing their lone album “Saturnalia,” again through Sub Pop, in 2008.

News of Lanegan’s death quickly reverberated through the Seattle music community, prompting an outpouring of remembrances. Longtime KEXP DJ Cheryl Waters, who was on the air when the news came down, started choking up as she played the Screaming Trees’ painfully on-the-nose classic “Nearly Lost You,” which was featured on the “Singles” soundtrack.

In recent years, Lanegan had become a prolific author, publishing his 2020 memoir “Sing Backwards and Weep” that dug into his time in Seattle’s rock scene during the ’80s and ’90s and his struggles with addiction. The book was released in conjunction with his last album, “Straight Songs of Sorrow,” a dark and skeletal set of synth-brushed folk songs that served as a canvas for Lanegan’s unmistakable voice, which was simultaneously gruff and gentle.

In December, Lanegan published another book, “Devil in a Coma,” detailing his harrowing battle with COVID-19 earlier last year that resulted in Lanegan losing his hearing and “slipping in and out of a coma,” according to a news release promoting the book."
Life isn't nearly as sacred as the appreciation of passion
Lesser Known Grunge
Good Newer Grunge
Underground Older Grunge
Grunge Blog
My Soundcloud
Post abortive? Go to https://passboards.org/ for support

That was a really good write-up.

I've been listening to Lanegan all week, ranging from Screaming Trees, which took longer for me to get into despite my love for him, to Queens of the Stone Age to his solo endeavors.

This includes jumping into relistens to some of his albums I gave one listen to or didn't really jump in on like Somebody's Knocking, Screaming Trees' Sweet Oblivion, Bubblegum, Phamtom Radio + No Bells on Sunday and The Winding Sheet.

I will say when I will listen to Straight Songs of Sorrow again it will be bittersweet as I would have listened to his first and, presumably, last solo records.

Heard about it the other day, yeah. Shit blows.. smh Everyone dies eventually but fuck man.. so many Seattle legends taken away from us.. well, technically Ellensburg in this case but you know what I mean.. Rest In Peace, Mr. Mark Lanegan 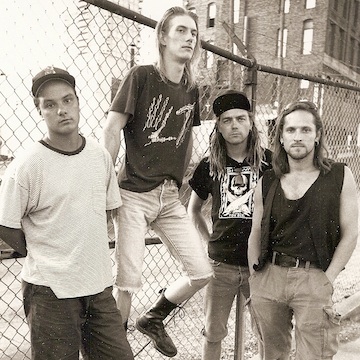 FeedMyEyes wrote:Tell him to fuck off and that you worship satan.